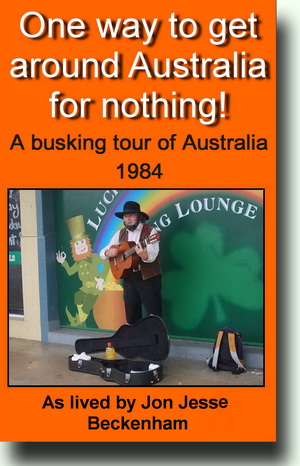 One Way to Get Around Australia for Nothing. How Jon busked his way around Oz, living just on what he earned.

In 1984, he went up the East Coast of the country, then decided to go inland and try to get right around for nothing.


As a young man, Jon Jesse Beckenham never thought he would end up being a street musician. But his passion to sing the wonderful Songs Of The Sixties, was the incentive that made him try busking at the ripe age of 43.

He never imagined that this rather late life adventure would begin on the other side of the world in Sydney, Australia. Or that, 20 years later, surprised at finding himself still busking at the age of 63, he would chose to repeat this journey. And, even more unlikely, that at the age of 68 he would make a third musical tour around Australia—the Quarter Century Celebration of his busking career. That first busking session in Kings Cross, Sydney on 4th April 1984, began an alternative lifestyle that was to last more than 30 years. Even now, in his seventies, he still sings with his guitar to passers-by. And hopes for another few years yet! (41,600 words.)

Listen to the three Jon Jesse Beckenham compositions which occurred during this epic journey:  Busking in Sydney I Will Sleep Contented  Helscha, How We Waited 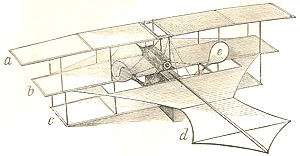 THE ROAD TO NARROMINE: